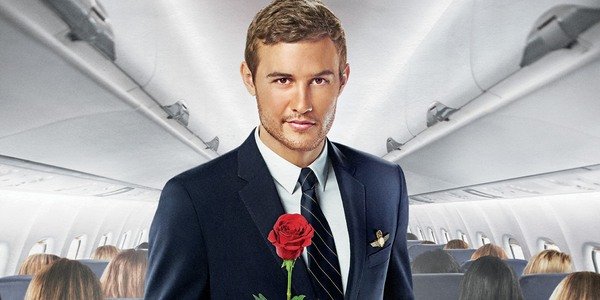 Posted at 02:47h in As Seen On TV, Podcasts, The Bachelor, The Ben and Ashley I. Almost Famous Podcast by Iaconetti 0 Comments
0 Likes

iHeart Synopsis: Peter Weber’s season of The Bachelor is officially underway, and we have the man of the hour here with us! Ben and Ashley grill Pilot Pete about everything that went down in the first episode. He tells us about the “spoiler free finale” and how it’s IMPOSSIBLE to predict what happens to him.  We find out the real reason why he didn’t reach out to Hannah and he opens up about his crazy injury! Plus we get you up to speed on all the news in Bachelor Nation, like Blake getting punched in the face and who was voted “Favorite Bachelor of All Time”!

iHeart Synopsis: Ben and Ashley have taken Almost Famous to San Francisco Live from the Palace of Fine Arts. Derek Peth reveals a heart breaking story about his engagement to Taylor and his time on Paradise with Demi. Ben and Jared share the story of the first time they met on Kaitlyn’s season. Annaliese Puccini reveals if she regrets calling out Clay and the biggest misconception about her. Katie Morton’s talks about her bucket list this year. Sydney reveals a Bachelor guy she’s “talking to.” Ben Z surprises the crowd.

iHeart Synopsis: The enigma… John Paul Jones is making his Almost Famous debut this week to discuss the second week of Pilot Pete’s season! We hear the story of when he and Ashley first met. He gets real on what would happen if he came face to face with Derek Peth again after their encounter on Paradise. JPJ sticks around to help us break down this week’s episode of The Bachelor, with all the drama on and off the show, like Madison’s weird Instagram comment. Plus, Bachelor alum Robby Hayes is here to talk about his experience on Siesta Key! Is he the “villain” of that show?? And more importantly… what’s the story about his sex tape??

iHeart Synopsis: Ashley is live from the iHeartRadio Podcast Awards in LA and she’s got tons of fellow podcast superstars with her!  We’ve got Bachelor nation podcasters Kaitlyn Bristowe and Jason Tartick, Nick Viall, Becca Tilley and Tanya Rad, Dean Unglert and Jared Haibon along with some new voices like Eric Winter and Roselyn Sanchez from “He Said, Ella Dijo”, Brooke Burke and Meghan King Edmonds from “Intimate Knowledge”, Brooks Laich and Gavin DeGraw from “How Men Think”, the voice of Lisa Simpson Yeardley Smith and her true crime podcast “Small Town Dicks”, and the legendary movie star Jean Claude Van Damme!

iHeart Synopsis: Ben and Ashley break all the drama from the third episode of Pilot Pete’s season down TO the last champagne bubble. Was Peter right to send Alayah home?? Ashley looks at both sides and tries to understand Peter’s choice. We hear the REAL story about the Bachelor mansion “pool parties” and why no one got in the water during this party. Ashley reveals one of her biggest mistakes from her time with Chris Soules.

iHeart Synopsis: This week’s episode of The Bachelor left Ben and Ashley with a lot of questions so we brought in fellow iHeartRadio podcast host, Arden Myrin, from “Will You Accept This Rose?” to get some more opinions. Are we Team Alayah or Team Victoria P.? We discuss the big mistake Peter made in giving the group date rose to Alayah. Arden and Ashley agree on who the frontrunner for The Bachelorette is, but Ben thinks this girl is the one to beat. Ben finally spills some inside info he had on this week’s episode that he’s been sitting on for months. We try to figure out exactly how much Chase Rice knew before he got involved with the show. Plus, we run down some Bachelor Nation headlines, including the tragic loss of Tyler G and the debate that Hannah B may be returning as Bachelorette.

iHeart Synopsis: Ben and Ashley catch up with fan favorite Bekah Martinez from Arie’s season and she brought “Chatty Broads” co-host Jess to help us break down the first of this week’s double dose of Bachelor! Awkward alert…Ben confronts Bekah about rumors she thinks he’s a tool. Ashley relates to Kelsey as the “crier” of the house and they have a conversation about being emotionally open on the show and it being labeled as “crazy.” Up until this point has a rose ever been “taken back” before in a rose ceremony? Which girls seem to be the most manipulative? We discuss. Plus, Bekah opens up about motherhood and the lessons she’s learned over the last couple years. Ben lets us in on his prep for living on a tour bus!

iHeart Synopsis: This week there’s a double shot of Bachelor, so Ben and Ashley are back to recap the episode! They discuss Mykenna’s melodramatic and fantastic two-on-one speech to Tammy and Ashley’s shock around Sydney’s departure. The podcast also covers Sydney’s claim of high school bullying and photos going around the Internet that seem to contradict it. Hannah B was a classmate! Plus, we run through all the breaking Bachelor news. Will Jason propose to Kaitlyn soon?? Who was Tyler Cameron was spotted getting flirty with at the Super Bowl? Jed Wyatt sasses Chris Harrison.

iHeart Synopsis: Do you want to kiss Bachelor in Paradise hunk Connor S?  He joins us on air as Ben and Ashley tell you how to make that kiss happen! We recap this week’s episode of The Bachelor and Ben admits that he has to rethink his front runner for Bachelorette…Peter doesn’t seem to have any strong connections with his contestants. Is that an issue with the cast or Peter?? Ben and Ashley discuss Tammy’s “apology” to Mykenna, Chris B’s social media flirting with Katie Morton, and we explore the rumors that Peter fell in love with a producer!

iHeart Synopsis: Love is in the air in Lake Tahoe! Ben and Ashley hear love stories from Dean and Caelynn, Becca and Garrett, and their own loves Jared and Jess. They also play kinky Truth or Dare in which Dean and Ben admit to be turned on by weird things and Ashley and Jared allude to his bedroom fantasy.

iHeart Synopsis: Ben & Ashley break down what may be the most DRAMATIC hometown date in Bachelor history. They have inside info about the relationships that Victoria had a role in breaking up. They describe the shock they felt when Peter only asked Victoria once about the allegations his ex had against her. Ben believes that Peter telling Hannah Ann that he’s falling in love with her is even worse than Peter keeping Victoria F. around. Ben and Ashley speculate about what’s going to happen with Victoria in the fantasy suite and how it’s going to affect Madison’s relationship with Peter.

iHeart Synopsis: Chris Harrison explains why producers had Peter’s Top 3 girls stay together in a hotel suite. He gives his take on why Bachelor Nation feels that this season has been more produced than others. Harrison also rationalizes why Kelley wasn’t present at the Women Tell All. Ashley flips the narrative and asks the host of The Bachelor for the past 18 years about his love life with girlfriend Lauren Zima. Plus! Ben surprises an American Idol and Tenley Molzhan calls in to chat about Madison’s faithful decision.

iHeart Synopsis: Corinne joins us to recap Women Tell All. She and Ashley imagine what it would have been like if Madison didn’t accept Peter’s rose. They both wonder why they feel nothing towards Hannah Ann this far in the game. Ben joins the group to discuss why Clare Crawley is such a fantastic pick for Bachelorette. Courtney Robertson calls in to update us on her pregnancy and engagement and Ali Fedotowsky’s husband Kevin Manno chats with us about a recent embarrassing moment for the couple.

iHeart Synopsis: Part one of Peter’s finale and we’ve got two of his girls with us to break it all down. Savannah and Sydney are hanging out with Ben & Ashley to discuss EVERYTHING about the woman who stole the show…Peter’s mom Barb! Was she too emotional? Ashley who’s against emotion shaming gives us her take. Ben gives us his honest reaction to Barb’s discussion about faith with Madison. And Ashley shares her theory about Hannah Ann. Sydney chats about her friendship with Madi and what Hannah Ann was like to live with.

iHeart Synopsis: Ashley is joined by an expert panel to recap what truly was the most dramatic and shocking finale ever?! Amanda, Angela, Krystal, Tayshia and Savannah armchair quarterback the heck out of this finale. Thee girls analyze the episode scene by scene. Oh, BARB! Plus…How are Krystal and Chris doing? Is Angela dating? And Tayshia talks about being passed over for Bachelorette!

Like ? the Almost Famous podcast on Facebook to chat about episodes and make friends with other Bachelor fans!