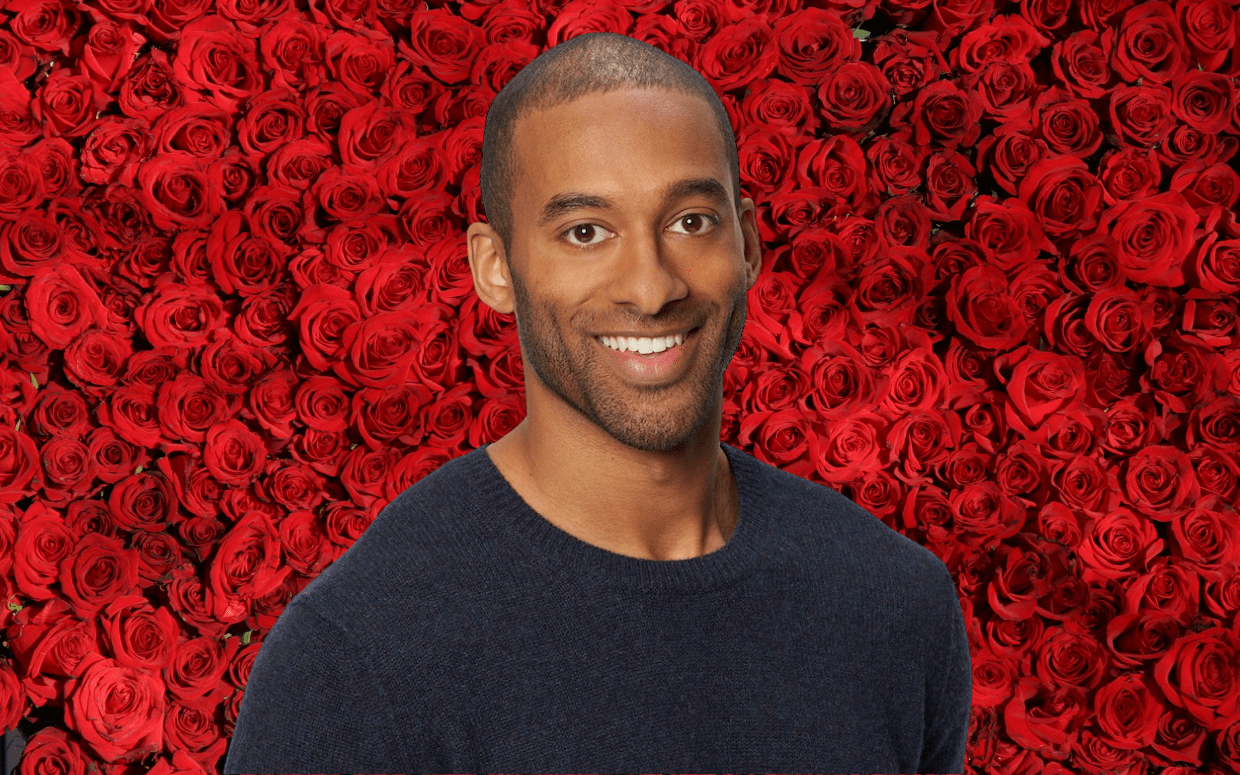 Posted at 01:50h in Podcasts, The Bachelor/ette, The Ben and Ashley I. Almost Famous Podcast by Iaconetti 0 Comments
0 Likes

Podcast Description: Blake Horstmann joins Ashley & Ben to recap Matt’s premiere episode. They discuss why Matt might be the most endearing Bachelor and why his innocence in Bachelor process works. Ashley, Ben, and Blake chat about the power of the prayer Matt said at the beginning of the cocktail party. The crew breaks down which contestants are going far, which entrances worked best, and which are going to drive us nuts.

Cosmopolitan Article: Matt’s Season Is Gonna Be A Good One

Podcast Description: Ashley and Ben seriously discuss if there’s a chance Victoria is an actress. Ashley addresses the moment in the episode in which Matt didn’t act like The Bachelor in the best way. They also speculate why Matt seems to be giving Victoria’s claims about Marlynn so much validity. Plus! We have a Bachelor date analyst come on to explain the importance of screen time and social media following. She speaks about the trends between race and following. And! Bennett Jordan comes on the podcast and reveals whether or not he felt true love for Tayshia and if he regrets giving Noah that gift during their two-on-one.

Cosmopolitan Article: We Need To Talk About “Queen” Victoria

Podcast Description: Ashley reveals what went on behind the scenes of her Bachelor date, including the moment Victoria tried to start drama with her. She explains what she saw between Rachel and Matt and how Katie’s erotica performance was downplayed on TV. Plus! Ben and Ashley discuss the bullying Sarah experienced on the show.

Podcast Description: Ashley and Ben analyze the news coming out about Clare and Dale’s breakup. They discuss the moment they assumed there was trouble between the tow. A relationship therapist joins the podcast to give insight on this year’s long list of Bachelor breakups.

Cosmopolitan Article: Yes, I Was There…And Yes, It Was Wild

Almost Famous Episode: Under the Bubble

Podcast Description: Ben reveals what he saw first hand go down at Nemacolin. Katie Morton joins us to breakdown the episode. They chat about how ridiculous the long term reaction the OG group of girls had towards the new arrivals. Of course, they talk about Anna’s accusations that Brittany is an escort and Katie’s moral compass. In hot topics, Ben and Ashley breakdown the rumors that Dale cheated on Clare.

Cosmopolitan Article: You Must Be New Here

Podcast Description: Ben and Ashley discuss Victoria’s departure and the insincere apology she posted on IG. They dissect the highlights of this week’s episode including Rachel’s one-on-one, Pieper & Matt’s hot makeout, and MJ becoming the resident mean girl. They chat about whether or not Carly Waddell would ever go back on Paradise now as a single mom.  Plus! Natasha Parker joins the podcast and reveals what’s really going on when the girls are cheering for each other late in the game.

I wasn’t on Access Hollywood’s Tea Party this week due to scheduling conflicts. 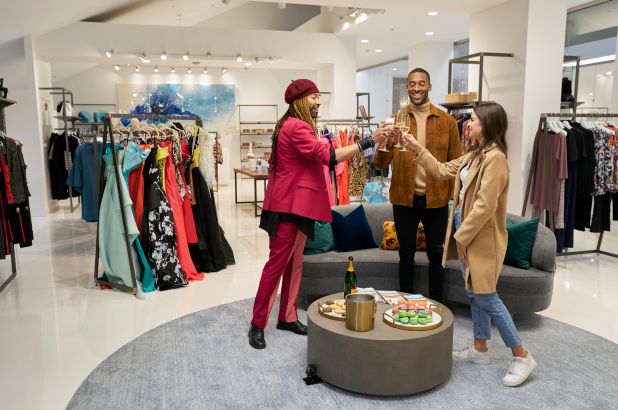 Podcast Description: Ben drops some major news about MJ that he learned while on the set of Matt’s season. Ashley and Ben chat about Heather Martin’s late arrival in a minivan. Listen to the podcast to find out when Heather and Matt first met. Temecula Road joins the podcast and reveals a steamy scene between Pieper and Matt that we didn’t entirely see on TV. Plus! Ashley & Ben bring up something very strange that happened on the bowling date.

Podcast Description: One of the most controversial characters in Bachelor Nation, Juan Pablo, speaks his truth about his time dating Clare. He recalls their infamous helicopter conversation and the moment she told him off. Juan Pablo explains his relationship with The Bachelor production team. Plus! Find out why his marriage fell apart last year and why his daughter wants him to go on Bachelor in Paradise.

Podcast Description: Award winning producer, bestselling author and renowned motivational speaker DeVon Franklin joins Ben and Ashley for an honest and important conversation about race. We discuss the recent controversy surrounding The Bachelor franchise and what steps can be taken to improve and grow.

Podcast Description: Ben and Ashley break down Heather Martin’s surprise minivan arrival and the speculation that Rachael ends up winning the season. Hear the REAL story of how producers reacted to Heather just showing up. We hear a major revelation about Jojo and Jordan’s relationship. PLUS! Find out the truth about Katie becoming the next Bachelorette!

Cosmopolitan Article: I Feel Super Stressed Out For Matt, TBH.

Podcast Description: Clare and Dale are back together?! OMG! Ben and Ashley disagree on who will be The Bachelorette. Ashley’s convinced Matt is checked out with Bri. Ben and Ashley discuss the tough parents Matt had to meet on this week on hometown dates. Blake Horstmann calls in to talk about his crazy week stranded in Texas because of the ice storm. Plus! They speculate why Matt crying so hard in the season teaser?!

Almost Famous Episode: A Time to Tell All

Podcast Description: Is Abagail the frontrunner for Bachelorette after this Women Tell All? Should we give Victoria a break after WTA or was she just as cringe as she’s been all season? Ashley and Ben chat about all of this and Anna’s apology to Brittany about the escort rumors she started. Plus, a psychologist calls into the podcast to discuss Taylor Nolan’s tweets that emerged.

Cosmopolitan Article: I didn’t write an article because I felt there wasn’t much to analyze about this episode.

Podcast Description: Chelsea Vaughn from Matt’s season teases us about who she’s talking to and hoping to see in Paradise. She opens up about the feedback she got because of the hair conversation she had with Matt. Ben and Ashley discuss the emotional conversation Matt had with his father prior to the fantasy suite dates. Plus, Ashley points out an expected scene that was missing from this week’s Bachelor episode.

Cosmopolitan Article: So Many Awkward Vibes

Almost Famous Episode: The Final Rose Has Its Thorn

Podcast Description: We talk to Sam Acho (NFL player and brother of Emmanuel Acho) and hear his reaction to After the Final Rose. We find out what he thinks about Matt’s reasoning to let Rachael educate herself without him by her side. Sam thinks the fact that Rachael and Matt were just dating, not engaged, played a big role in Matt ending the relationship when he did. Plus, we have Bri Springs call into the podcast. She explains when she felt she got over Matt, how she feels about Rachael, and what she thinks about Matt’s readiness for a relationship.

If you want to share your thoughts or have questions you’d like to be answered on the podcast, email benandashley@iheartmedia.com or rate us on iTunes HERE. The Almost Famous Podcast airs every Monday night (post show) during the 2021 Bachelor Season and Almost Famous: In-Depth will be released on an occasional basis. Listen and Subscribe on the iHeart Radio App or on iTunes.