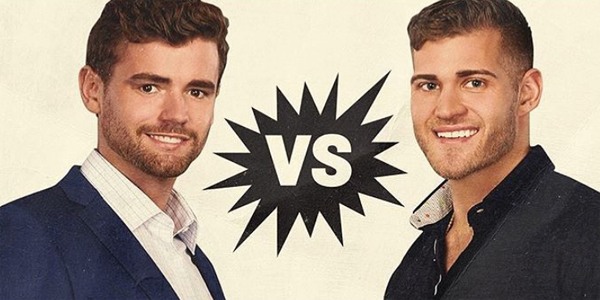 Posted at 07:46h in Podcasts, The Ben and Ashley I. Almost Famous Podcast by Ashley Iaconetti 0 Comments
0 Likes

Ben gets serious when talking about Luke P.’s mental health. He’s concerned about his aggressive physical competitiveness, but he’s also concerned about how he is dealing with four straight weeks of backlash from Bachelor Nation. In episode 4 (season 11), Ben and I discuss Jed’s honesty in initially signing up for The Bachelorette to help promote his music career. It was a risky choice to be so upfront, but we thought this move was refreshing and his confession actually further proved that he’s very into Hannah.

Jared and I filmed a bonus scene with Hannah in Rhode Island. I reveal the three guys that were on her leaderboard when we made our visit. We met with her before her Tyler C. date. Tyler really made an impression on Hannah and the audience after demonstrating how he was was able to comfort and care for her when she was down. Ben believes that Tyler is going to become one of the most memorable characters in the Bachelor franchise. Listen below to find out why.

If you want to share your thoughts or have questions you’d like to be answered on the podcast, email benandashley@iheartmedia.com or rate us on iTunes HERE. The Almost Famous podcast is new on Monday nights (usually). Listen and Subscribe on the iHeart Radio App or on iTunes.