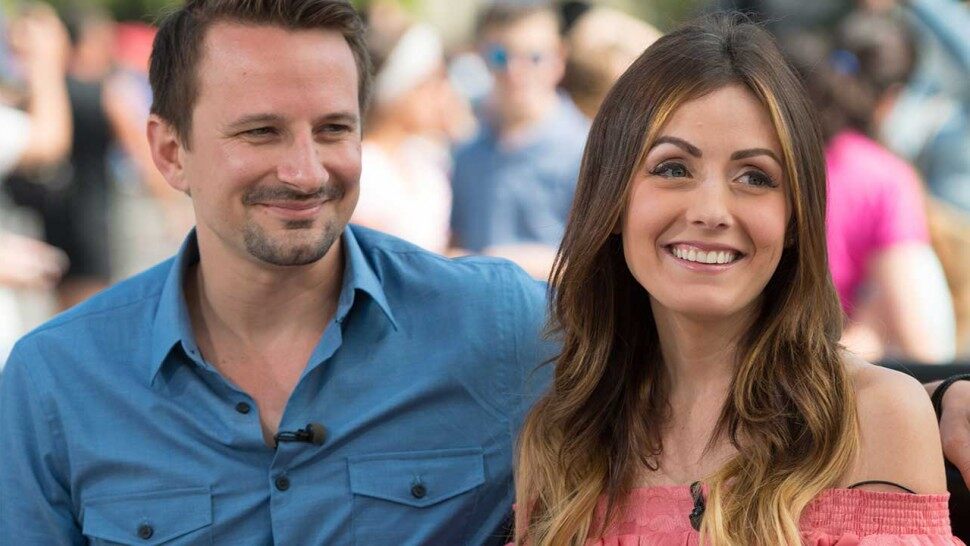 Posted at 20:04h in Podcasts, The Ben and Ashley I. Almost Famous Podcast by Iaconetti 0 Comments
0 Likes
Carly and Evan join us this week on the pod for a bit. We talk about Baby Bella and the new baby on the way… I have this feeling that it’s going to be a boy but Evan won’t tell anyone yet. He wants to do an extravagant gender reveal for just his family first. BUT if you ask me, I think he is just feeling intimidated by my incredible gender reveal for Jade and Tanner (which you can watch on our youtube series What Now? | EP 6- It’s a Bird, It’s a Plane, It’s a Boy!).
Once Ben calls in we get to the really juicy stuff. Ben and I struggle to enjoy any scenes with Jed after learning about his dirty reputation. In case you’re a Bachelor Nation member living under a rock, Jed’s ex-girlfriend came forward last week saying he went on the show while STILL dating her. He even promised her that going on the show to build his music career would help them both in the long run! Everything he once did that was charming, is now so slimy. WHY DID YOU DO THIS TO US JED!!! We were rooting for you! *Insert Tyra GIF*
We talk about Pilot Pete’s STEAMY date with Hannah! Ben is curious as to how someone who is always so physical with Hannah is being perceived as the innocent guy of the season. We also feel super bad for someone on this date, but you’ll have to listen to find out who.
Ben and I get heated about Luke P.’s response to the naked bungee jumping date. Ben believes that Luke is using his religion as a weapon again. When we read listener emails, one woman tells a story about getting in touch with Jed’s now ex-girlfriend! Listen to the Almost Famous Podcast to find out what she said and hear the rest of mine and Ben’s thoughts about the episode below.

If you want to share your thoughts or have questions you’d like to be answered on the podcast, email benandashley@iheartmedia.com or rate us on iTunes HERE. The Almost Famous podcast is new on Monday nights (usually). Listen and Subscribe on the iHeart Radio App or on iTunes .“Like” the Almost Famous podcast on Facebook to chat about episodes and make friends with other Bachelor fans!