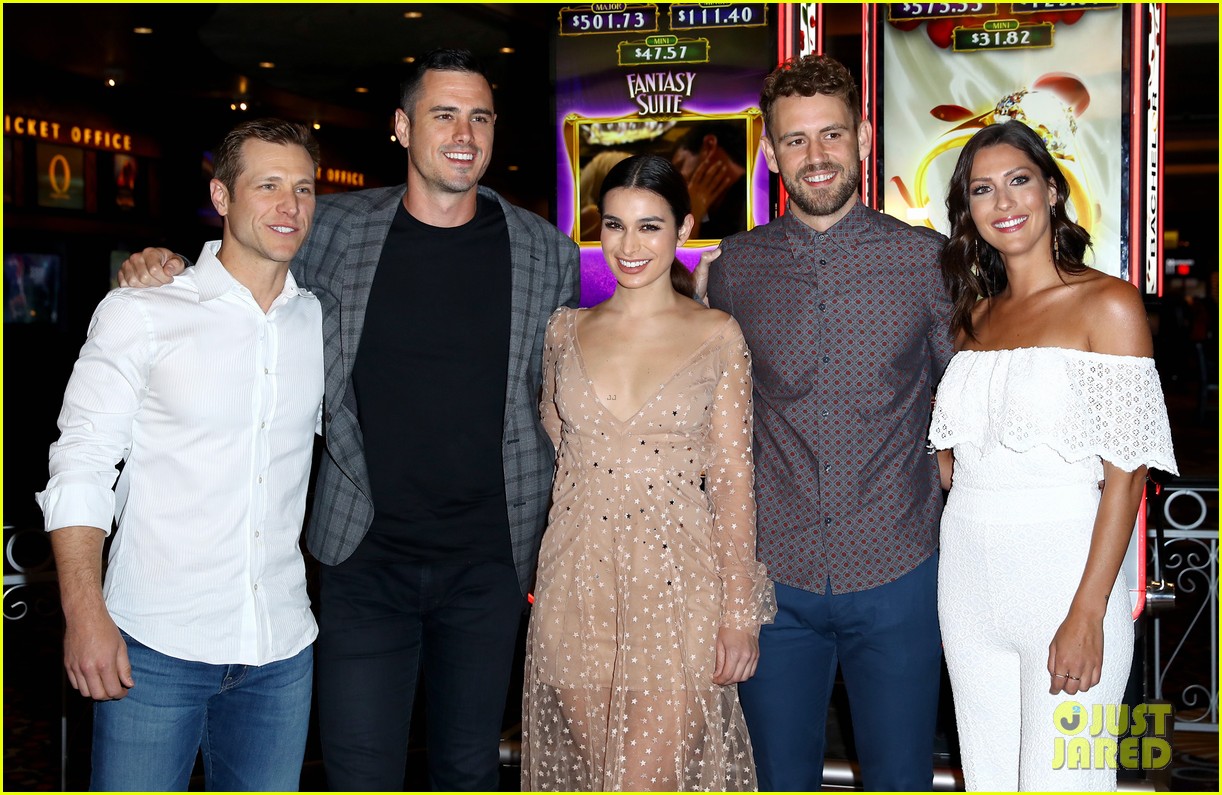 Posted at 22:36h in Podcasts, The Ben and Ashley I. Almost Famous Podcast by Ashley Iaconetti 0 Comments
0 Likes

Episode 7 (season 5) starts out with the best guessing game ever! A very special guest is on the line and I need to guess who it is by asking a round of yes or no questions. I figure it out quickly. It’s AJ McLean! We talk to AJ about the Backstreet Boys new single, “Don’t Go Breaking My Heart,” extreme fan girls, BSB’s timeless music, and our shared passion for The Greatest Showman.

One of Bachelor Nation’s most polarizing cast members Josh Murray joins us to discuss the perception people have of him and his recent charity work. Ben bitches about the blurred codes online that prove you’re not a robot.

Ben now has his face on a slot machine in Vegas. Because we were together in Vegas for the debut of the Bachelor slot machines at the MGM Grand featuring Ben, Nick Viall, Jake Pavelka, and Sean Lowe, we thought we would record a bonus podcast this week. Bachelorette Becca joins us for the first 15 minutes of the podcast to talk about chemistry with her batch of suitors and the meaning behind her tattoo. Ben admits he used to have a crush on me…before he knew me. Nick throws shade at Josh Murray. Jake Pavelka admits that he had picked out two rings, one for Tenley and another for Vienna, during his finale. Ben and I do a dramatic reading of Jake and Vienna’s breakup scene. Dan Cox explains how he got the gig in the T-Mobile commercial in this week’s “Who the Heck Are You?” segment. Yeah…we packed a lot in this hour long episode. 🙂

If you want to share your thoughts or have questions you’d like to be answered on the podcast, email benandashley@iheartmedia.com or rate us on iTunes HERE. The Almost Famous podcast is new Monday nights. Listen and Subscribe on the iHeart Radio App or on iTunes.