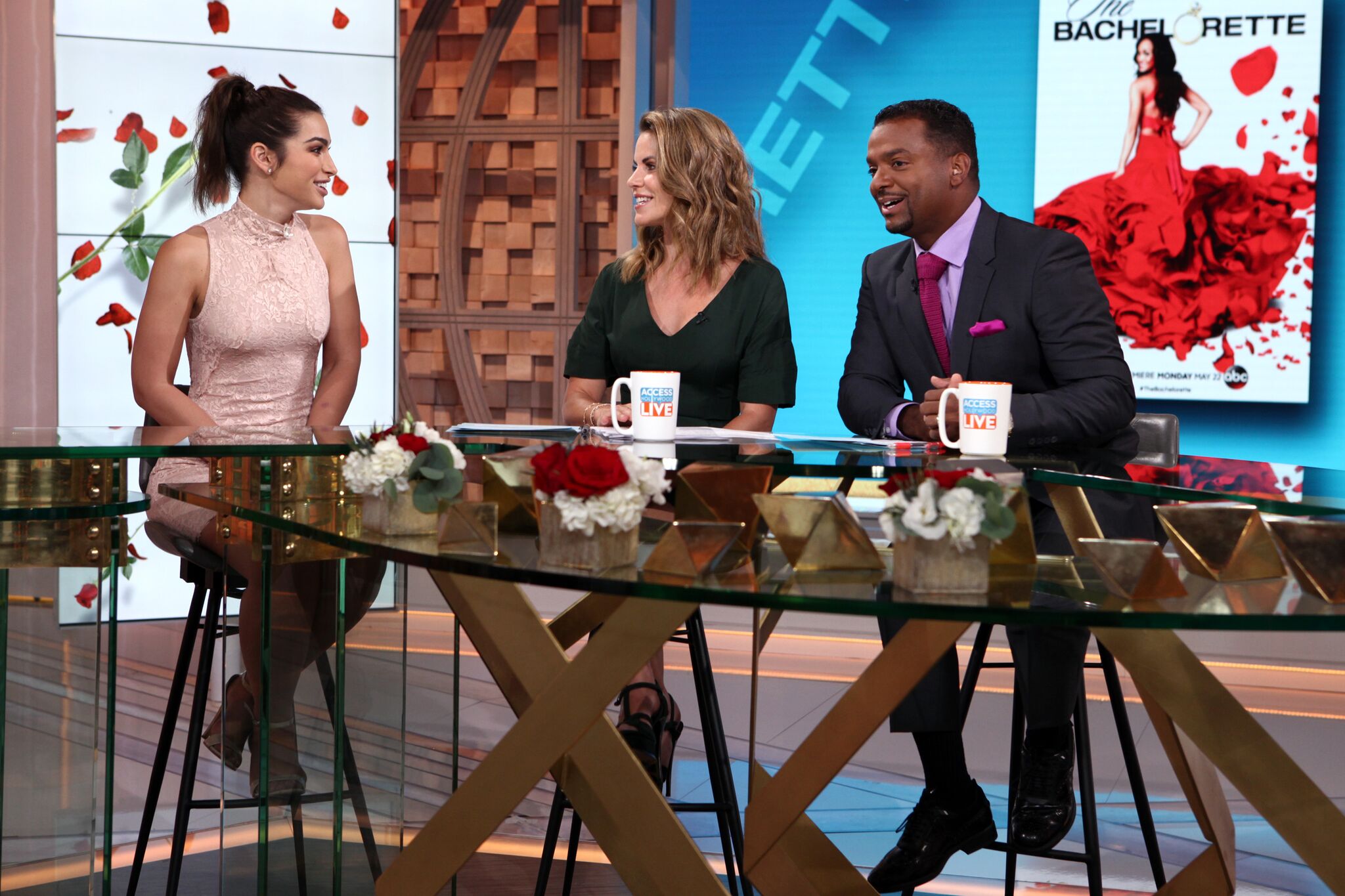 Posted at 01:25h in Access Hollywood, As Seen On TV, ClevverTV, The Bachelor/ette by admin 0 Comments
0 Likes

Ding dong the witch is dead! Finally, Lee gets eliminated. Kenny has the most mature departure of Bachelor history. And Peter slays a Viking costume.

After dumping 6 men in one episode, Natalie Morales and Alfonso Ribeiro ponder why Adam and Matt have still made Rachel’s cut on Access Hollywood Live. (Side Note: Thank you Nightcap and Fine ‘N Funky for this pink lace dress.)

Of the six guys left on Rachel’s season, there’s one black man left, Eric. Is Rachel going to get heat for this? I explain why I think she shouldn’t on Access Hollywood.

At what age would I go back on Bachelor in Paradise and why? Find out when I sit down with Chad Johnson and Whitney Fransway in Access Hollywood’s digital studio.

All three of us have been on two-on-one dates on The Bachelor franchise. We discuss the common themes of these dreaded dates and how the season long trailer is always the most dramatic part of the season.

'The Bachelorette': Ashley I. & 'Bad' Chad Johnson On That Ken…

I explain why there may have been so many awkward silences during Rachel’s doomed date with Will in my Cosmopolitan recap of episode 6 HERE.